SCOPH CIMSA UNISBA held Program Anak Jalan called PONAKAN. We held this event in total three meetings. We also work along with Tanpa Batas Community to gather up the children.

The first meeting was held on 5th May 2019 in front of the 101 Hotel Bandung with children from Tanpa Batas Community. On the first day, we introduce ourselves and we also asked them about their age and education and we learn than most of them are from the range of 5 to 14 years of age. We also learn that most of them are street vendors, they sell things like tissue and drinks. In that our first meeting we also help the Tanpa Batas Community to teach the kids about school subjects’ homework like maths and language. 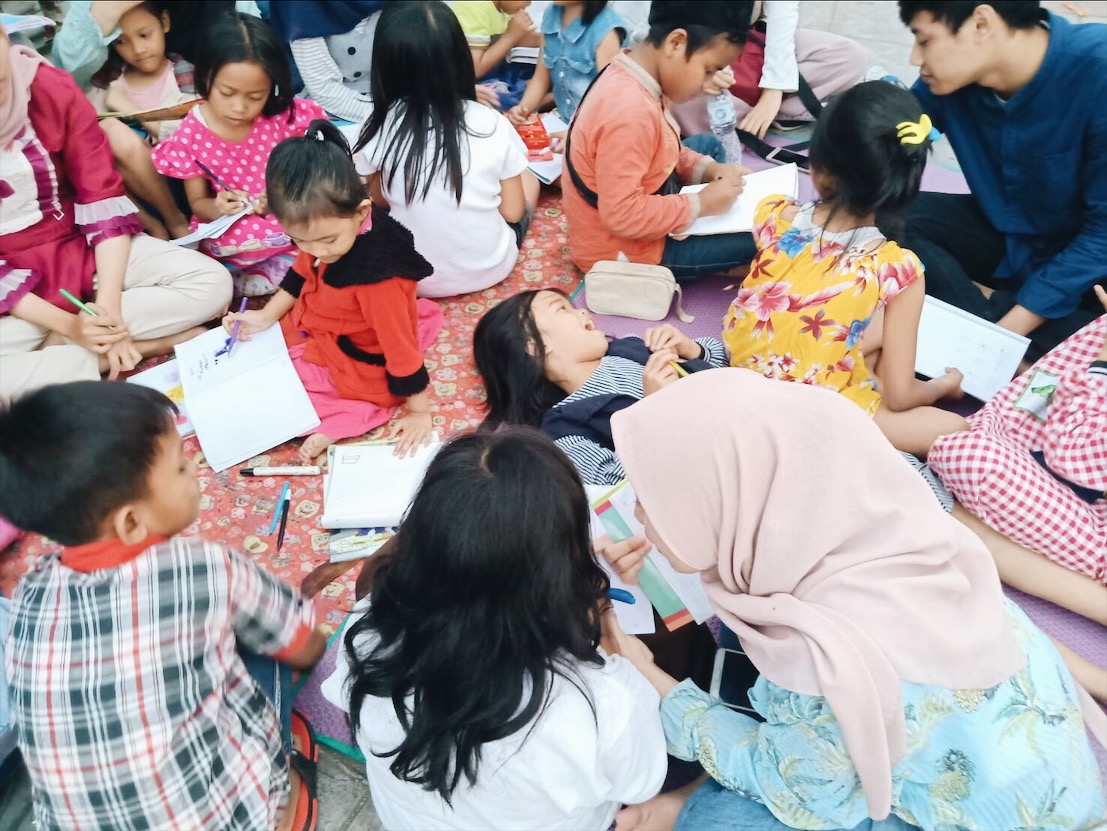 The second meeting of PONAKAN was held in front of the Carefour Kiara Condong Bandung with 20 children from Tanpa Batas Community. In Kiara Condong, there are more children than in Dago and most of them are 5 to 13 years of age. On the second day we also met Mr. Aji, the caretaker of Tanpa Batas Community. We teach them how to wash their hands with 6 steps correctly, to keep their hands clean before they start eating, and also what kind of food they have to consume to keep them healthy like fruits, vegetables and meat. We also teach them about how to brush their teeth correctly by using a teeth mannequin and a toothbrush, and eventually almost every one of them tried it . Not only about health, but we also teach them about math and they asked us to give them some example of a math problem. 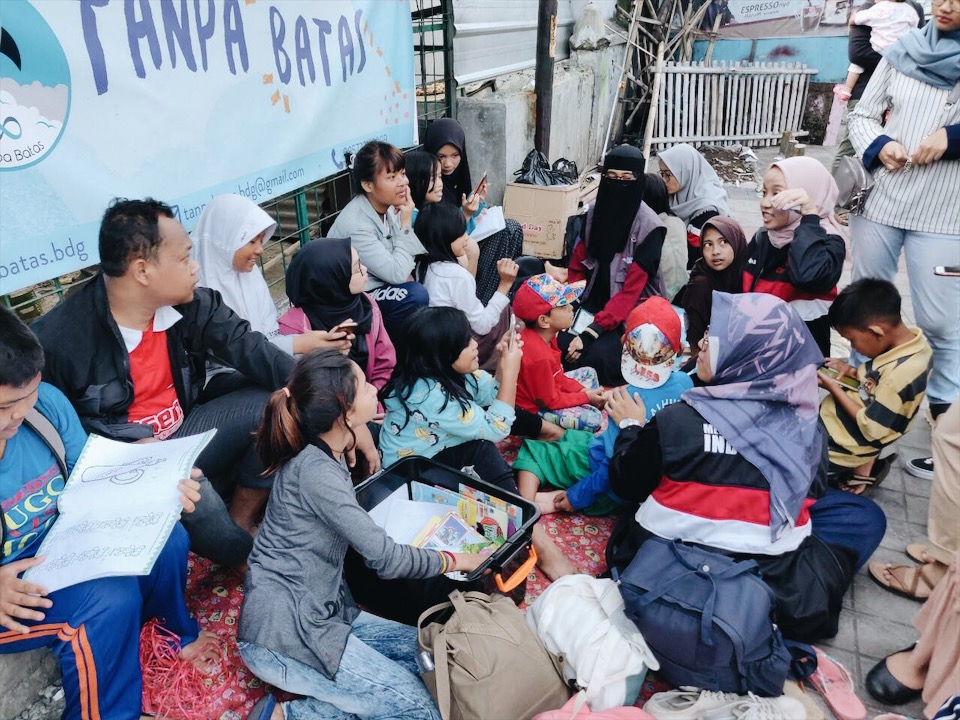 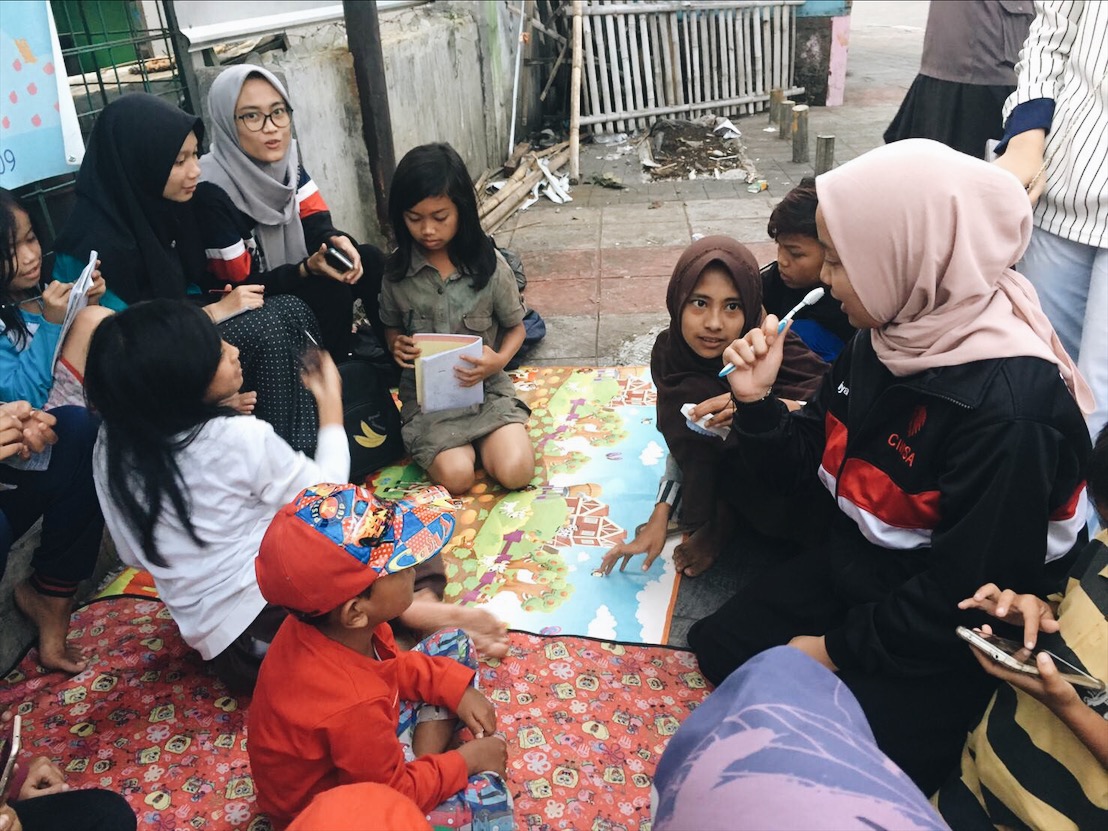 The third and the last meeting of PONAKAN there are two materials of the lesson. The first thing we taught them is about types of garbage. We taught them about three types of garbage, which is organic or degradable garbage, anorganic or undegradable garbage and waste garbage or poisonous garbage. We also taught them the example of each garbage and where to throw and which types of garbage bin that they should throw the garbage based on its type. We also told them not to litter. After that, we taught the children about the dangers of using drugs and narcotics. They also watched a video that explained the definition of drugs and narcotics, why they are dangerous to use without a doctor prescription, the effects of drugs and narcotics, and types of narcotics which they are often offered to by strangers such as LSD, cocaine, or even inhalants like glue. We also told them to always be careful of strangers, because they often offer kids drugs, and the kids don't even know whether they are drugs.

PONAKAN has given us the opportunity to show ourselves to the public and gave us an important experience as a SCOPH member to learn, build our skills and share ideas about health to the community.

Call for Abstract Urban Resilience and One Health Submission

Lost your password? Please enter your email address. You will receive a link to create a new password.